Just added to your cart

Get FREE enrollment of iPads and Macs into your Apple School Manager account.

Tech to School is a trusted partner in delivering the highest quality refurbished devices to K-12 schools. We put technology in the hands of students at a price that schools can afford. Tech to School helps schools accomplish their educational goals in going 1:1, equipping a cart of devices, offering a digital media curriculum, buying refurbished devices, or selling back pre-owned devices. We are passionate about supporting schools and pride ourselves in delivering fast, reliable, and responsive service. For over 15 years, Tech to School has been the vendor of choice for providing Apple products to K-12 schools nationwide .

Our mission is to provide the best technology to as many students as possible. Tech to School is made up of people who care about their customers and each other. We share a passion for education and Apple products.

We pride ourselves on the cleanliness and organization of our main repair facility located in San Jose, California.

Our expansive tech area allows for specialized audit and imaging stations to meet the needs of larger deployments.

Our multi-dock warehouse enables us to process incoming and outgoing shipments of thousands of devices at a time.

Customers are encouraged to visit and geek out on our imaging racks and smile at our collection of vintage Macs. 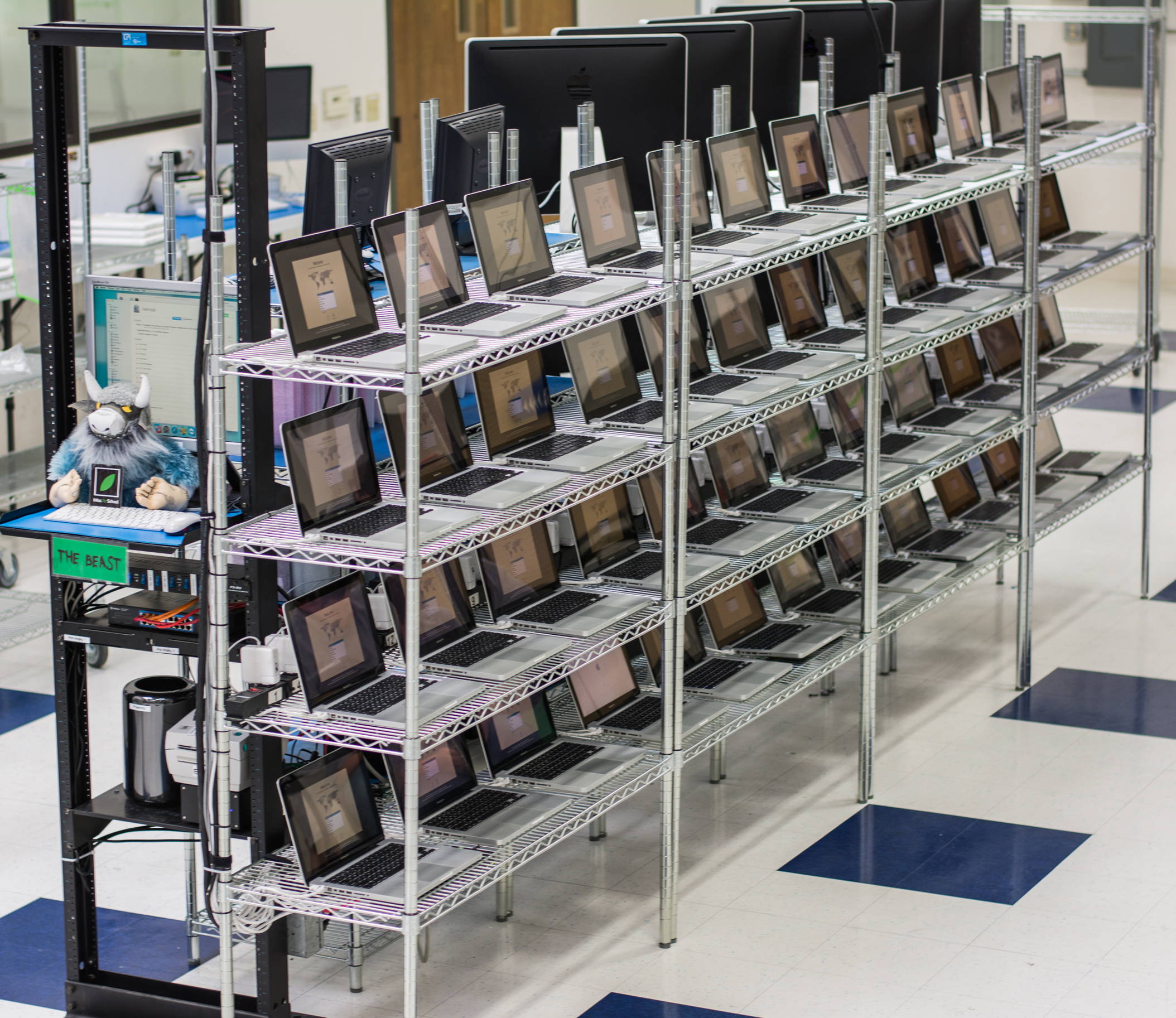 We began in Cupertino, California as Mac Service Solutions in 2003. From our small retail space down the street from Apple's main campus, we focused solely on the service of Apple devices.

In 2005, we shortened our name to MacService and began offering overnight repair services to customers throughout the country.

In 2008, we started repairing and selling other consumer devices under multiple online brands such as iPod Service and DataSpot.

In 2012, we launched Mac to School and began exclusively selling refurbished Apple devices to our K12 customers.

In 2018, we became Tech To School. While still focusing on providing Apple devices to K12, we've branched out to include Chrome and other equipment for the Education market.